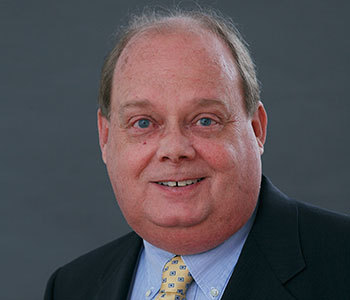 Jay was admitted to the Alabama State Bar in 1978. He was admitted to practice in the U.S. Supreme Court, U.S. Court of Appeals, Fifth and Eleventh Circuits, U.S. District Court Northern, Middle, and Southern Districts of Alabama, U.S. Court of Federal Claims, and U.S. Tax Court. He was a member of the American Bar Association, Affordable Housing and Community Development Forum, the Alabama State Bar, and the Tuscaloosa County Bar Association. Jay’s practice focused on general business, corporate issues, and bond finance. He spoke at many conferences across the country addressing many issues that face businesses today. He represented a broad base of local, regional, national, and international concerns.

Jay had his hand in many professional organizations, not only in Alabama, but across the country. He belonged to the National Association of Bond Lawyers where he was listed in The Bond Buyer’s Guide as nationally recognized bond council, Council of Rural Housing and Development, Alabama Council of Rural Housing and Development, Committee on Limited Partnerships and Committee on Professional Corporations, Alabama Law Institute, Economic Development Association of Alabama, Business Council of Alabama, Alabama Industry and Manufacturers Association, and the Department of Revenue Industrial Incentives Task Force.

In addition to his professional accolades, Jay had a talent for writing. His eloquent prose was not only professional (he co-authored the Alabama Chapter of Business Incentives Guide), but as an Elder at The University Church of Christ, his poignant depictions of his church were shared in a blog across the country.

Jay was an accomplished man. He was passionate about the law. The drive to serve his clients was relentless, as was his desire to pay it forward. He trained generations of law clerks, many who now are at the top of the law field due to his wisdom, teaching, and unyielding guidance.

designed and loved by:

The act of sending an email to someone affiliated with us, or submitting information via an electronic or written form, does not create an attorney-client relationship. Furthermore, we cannot represent anyone unless we know that doing so would not be a conflict of interest, or would require us to practice law in states or courts where we are not licensed to practice or give advice. Therefore, any unsolicited communication with us may not be treated as privileged or confidential. By proceeding to email us you agree to and acknowledge the foregoing.