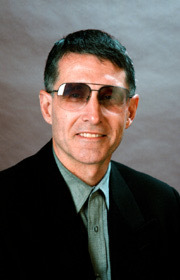 Professionally, Bob was both an attorney and accountant, practicing most of his career as an attorney. He was admitted to the Alabama State Bar in 1975, and was admitted to practice in the U.S. Supreme Court, U.S. Court of Appeals, Fifth and Eleventh Circuit Courts, U.S. Court of Federal Claims and the U.S. Tax Court. He was a member of the American Institute of Certified Public Accountants and Alabama State Society of Public Accountants. Bob was on the President’s Cabinet of The University of Alabama and numerous other professional organizations.

Bob practiced in the areas of Administrative Law, Business Law, Business Financing, Business Acquisitions/Sales, Business Disputes, and Corporate Taxation. A large portion of Bob’s practice was devoted to the newspaper business, and he served on numerous newspaper professional organizations.

Bob was an incredible mixture of intelligence, everyday common sense, and work ethic that combined to form a person uniquely qualified and motivated to serve his clients, as well as his community. He set the standards for service to our clients and community that will always guide our firm.

designed and loved by:

The act of sending an email to someone affiliated with us, or submitting information via an electronic or written form, does not create an attorney-client relationship. Furthermore, we cannot represent anyone unless we know that doing so would not be a conflict of interest, or would require us to practice law in states or courts where we are not licensed to practice or give advice. Therefore, any unsolicited communication with us may not be treated as privileged or confidential. By proceeding to email us you agree to and acknowledge the foregoing.